This forum is for the discussion of scripts and storyboards. Post your hints, tips or requests here. 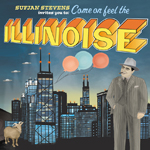 Here is the first part of the script I am writing, more will be posted when I revise it and finish it. Comments and criticsisms are welcome as I only have 5 days to perfect this monster. Thanks


INT. SCREEN PORCH - MORNING
A dimly lit room. A teenager, THOMAS ANDERSON sleeps in a sleeping
bag on a cot in the back area of the room.


ANDERSON'S eyes open at the sound of a screen door SLAMMING.
He looks to the door but sees nothing. He gets comfortable
again and shuts his eyes.

Suddenly two hands grab his shirt and hoist him up.

SMITH pauses and looks at ANDERSON from behind his
sunglasses.

SMITH
Well I have to say, it is so nice
to see you Mr. Anderson.

ANDERSON has a confused look on his face and does nothing to try
to escape SMITH's grasp.

SMITH
Surprised? I can imagine. In this
body, this cage I feel what you
feel Mr. Anderson.Ã‚Â¬Ã¢â‚¬Â
And I bet you can imagine what a
challenge it has been to find you,
to get here, to find you
defenseless where I can kill you
and feel the life leave your body.

ANDERSON
(gasping)
Who are you? Why -

He picks ANDERSON up, pulls him out of the sleeping bag and throws
him into a wooden stool. ANDERSON lands on the ground,
gasping and in pain.

SMITH
That is to be expected.

ANDERSON tries to get up and collect himself as SMITH talks.

SMITH
How can you not feel it Mr.
Anderson!? You shouldn't feel pain,
NEO doesn't feel pain although he
once did. But this world, Mr.
Anderson, this fabrication-
(he gestures to the room)
This filth, this creation, this
construction, this lie! How can you
not feel it?!

ANDERSON is still on the ground. He slowly begins to

SMITH
Well don't worry Mr. Anderson. To
free your mind at this point would
be cataclysmic.

There is a pause where SMITH looks down at ANDERSON with cruel
joy. He walks toward ANDERSON.

SMITH
The time has come.

Suddenly, ANDERSON kicks the gun and then drags the bench
and slams it into SMITH's shins causing him to crumple to
the ground. He slams his shoes onto his feet and he begins
to crawl away but SMITH grabs his shoe. ANDERSON kicks SMITH
three times, bloodying his face and he scrambles up and rushes
out of the screen porch.

ANDERSON runs outside, to the left and runs down the driveway.
SMITH follows, shooting his gun as ANDERSON runs.

ANDERSON runs to the left, toward the school and the field,
cutting across [SCHWARTZKOFS] yard. In the school yard, he
looks behind him but doesn't see SMITH. He slows his running
and runs to the bleachers. Suddenly, SMITH appears out from
behind the wall and hits ANDERSON to the ground. ANDERSON
tries to fight back, but is soon kicked to the ground. SMITH
then pulls out a pistol and fires a single bullet into
ANDERSON's head.

ANDERSON wakes up from his dream, opening his eyes slowly, then
they snap open. He jolts up and slowly stands. He walks out
of the screen porch, letting the screen door slam behind
him. He walks along the fence and opens the front doors and
enters the house.

A woman lightly SINGING can be heard as ANDERSON peers
around the corner.

The humming stops as she pulls out a pan of cookies from the oven
and sets them on the counter top on top of a pot holder.

THE ORACLE
Oh, THOMAS, you're just in time;
although I knew you would be.

She smiles then and removes her oven mitts.

ANDERSON
What? Are you okay? You don't look
the same.

Smiling, she slowly moves toward him.

THE ORACLE
Thomas. You must have so many
questions.
(She looks to the cupboard and
removes a plate)
Unfortunately, I can not answer all
of them. Some things are best left
unsaid.

She begins to put the cookies onto a plate.

ANDERSON
You're not my Grandma are you.

THE ORACLE
In appearance I am. But appearances
can always be deceiving. I am the
Oracle.

THE ORACLE
I didn't think that you would. But,
you will someday.
(pause)
You know, I can remember your
parents telling me one of theirÃ‚Â¬Ã¢â‚¬Â
stories - they were wonderful story
tellers you know - I don't expect
that they told you this one
though...

She picks up the plate and takes it towards him.

THE ORACLE
They always wanted to name you NEO.

NEO looks at the plate as she extends it towards him.

As he speaks, he drops the cookie that he takes and in an attempt
to prevent it from hitting the floor, it breaks into smaller
pieces, finally landing on the floor.

He bends down to pick it up and stops himself mid-word.

THE ORACLE
I can tell you one thing of your
future and that is this.

THE ORACLE sets the plate back down onto the counter.

THE ORACLE
Everything will happen as it
should.
(pause)
And I know you can feel that you
are on the verge of something, of
something big... something life
changing.

She then moves back to NEO and puts a caring hand on his face,
as if she is seeing him for the last time.

THE ORACLE
You're a good boy. And don't worry,
we will meet again. Visit the
Armorer, and everything after that
will fall into place. I promise.

NEO
What if it doesn't? What if i get
lost?

THE ORACLE
You can always come back to me, and
I will tell you.

NEO
Tell me what exactly?

THE ORACLE
What you need to hear.

NEO slowly turns to leave. He walks toward the door, but stops
holding the doorknob in his hand.

THE ORACLE stands facing the door, holding one cookie.

THE ORACLE
Take one. For the road ahead.

She smiles and NEO approaches and takes the cookie.

The camera is over the shoulder of the Oracle as Neo walks out
of the house, and outside.


The format got kind of messed up, but comments on the dialogue would be extremely helpful, I think that's the weakest part.
The Illuminated | The Matrix Revalations
-Production | Pre-production
Top

RE: "The Matrix Revalations" - Prequel Script

Thats ok BUT........ I thought that he became a hacker before that he was found by the matrix.

So why dont you start it off where he hacks into something and that is how the matrix finds him.
or
He hacks into something, Morpheous comes across him and talks over the net and smith is monitoring the conversation. Now smith knows about neo and morheous he tries to stop him or what ever.
Top

I don't really understand, found by the Matrix?
Anyone else comments?
The Illuminated | The Matrix Revalations
-Production | Pre-production
Top

Both Morpheus and Mr. Smith are in the Matrix.

Remember in the first, Neo is at work and the Smiths come in looking to capture him? Smith is the Matrix.

Anyways, one of the weakest parts of the matrix is the constant speeches and drawn out dialogues, so be sure to make it interesting, either by acting or camerawork.
CREATE FOR THE SAKE OF CREATING

found by anderson (the matirx)
Top

the oracle is wayyyy too similar to the matrix, is that the idea? as a contrast to later events, i'm not quite sure

but anywho i liked it, you'll be lucky to get actors who can pull this off
Our Combat Years: In production
[img]http://i9.photobucket.com/albums/a69/ct_bullet/wolfvisionpbanner2.jpg[/img]
http://wolfvisionp.tripod.com
Top

I liked the dialogue, it had a good flow and was very natural and real, i have issues with the concept of making a matrix film,
no offense, but making a film based off another film will just set up people to be disappointed.

They ruined the first film with a trilogy, why don't you come up with something more original to show your
obvious script writing talents?
Top
Post Reply
7 posts • Page 1 of 1

Users browsing this forum: No registered users and 1 guest